To read a report you can click on the image. 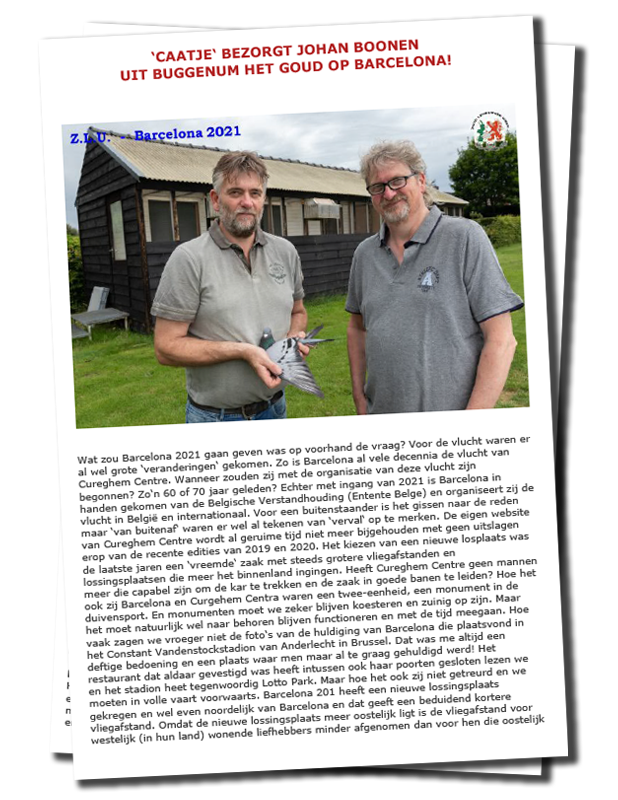 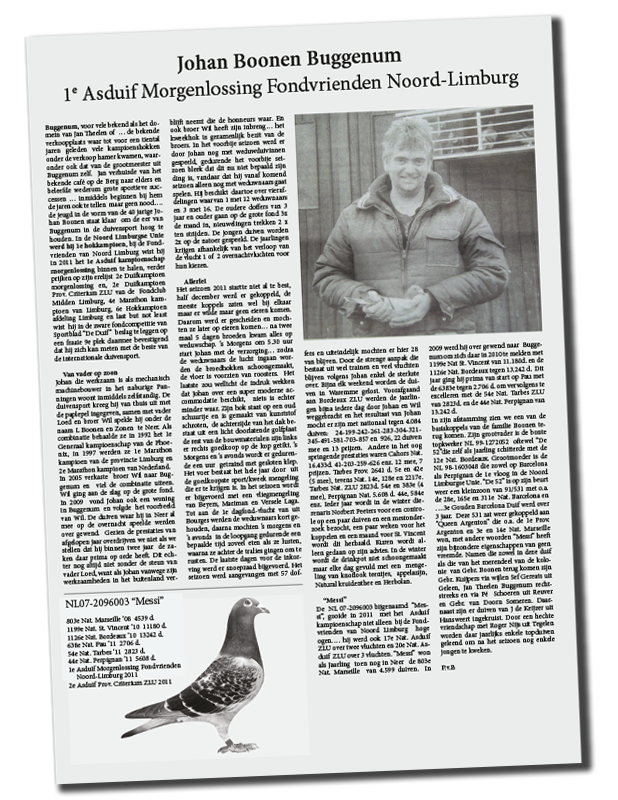 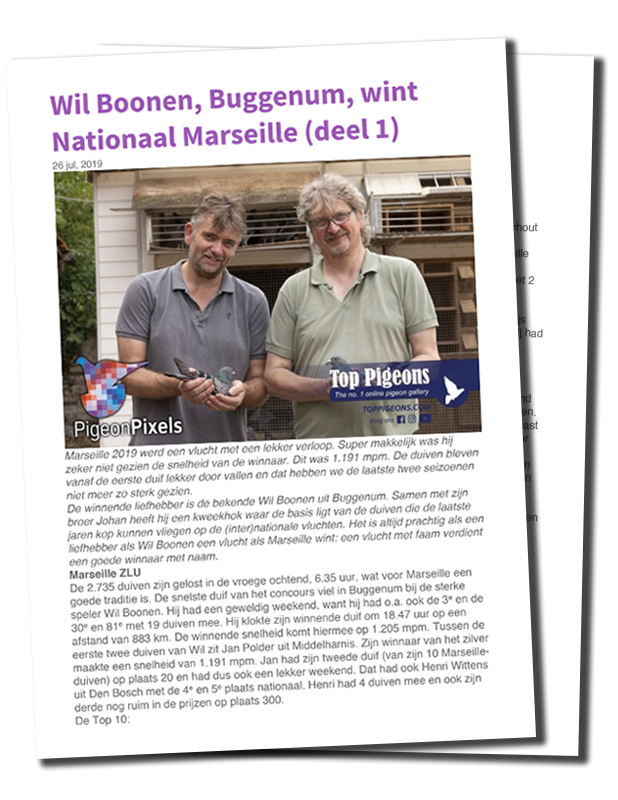 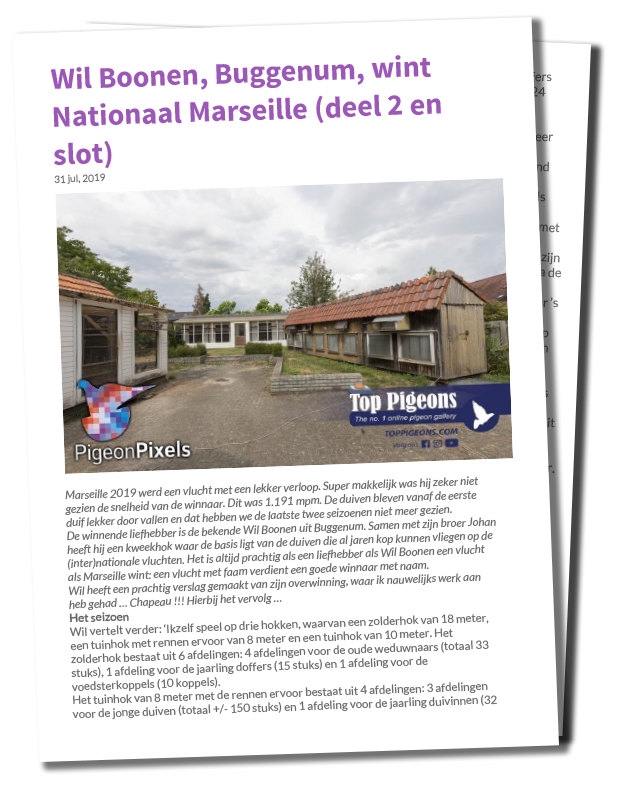 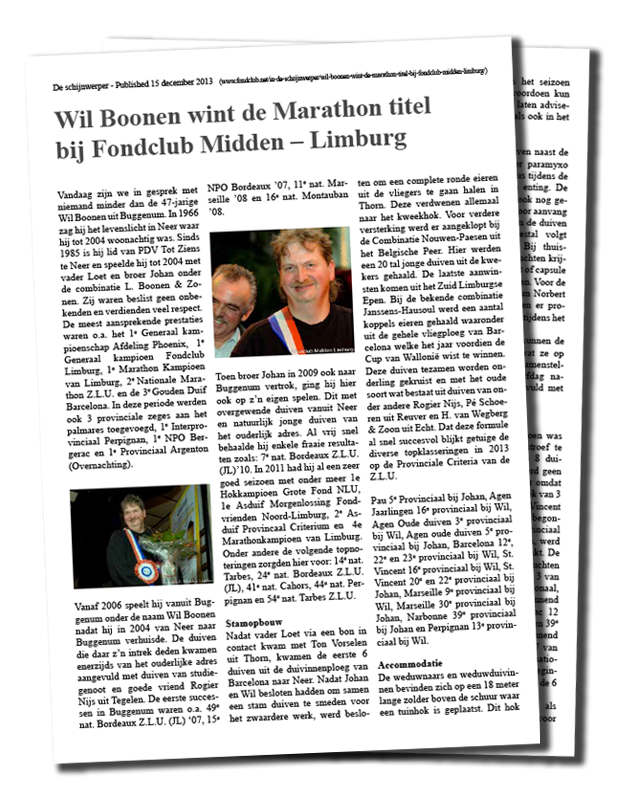 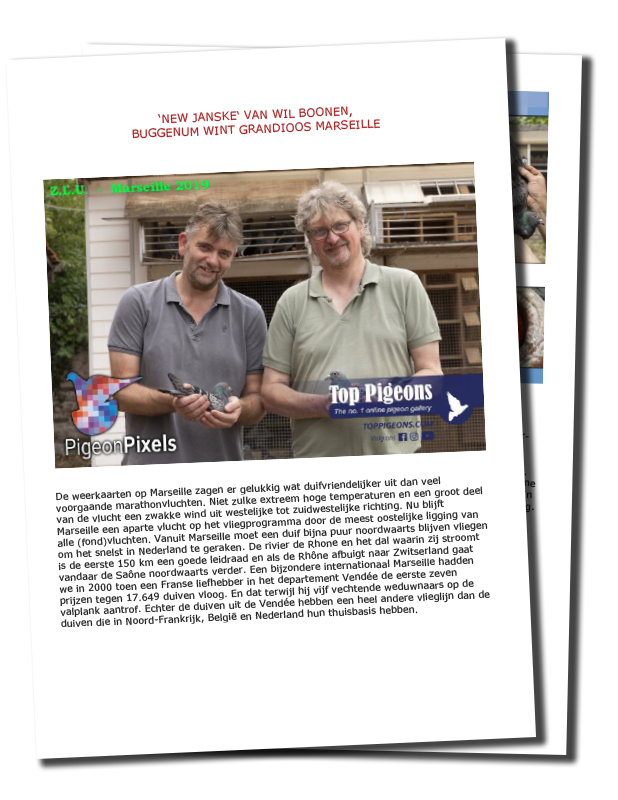 HOW IT ALL STARTED …

The most important results in the 90s were the achievement of the General Championship of the “Phoenix” in the Department of Limburg. They also won the General Championship in the Long Distance Club “Limburg.” In 1991 the first success came on the ZLU competition races. At that time, they won an 8th National from Marseille. Afterwards Boonen Brothers achieved the following results: